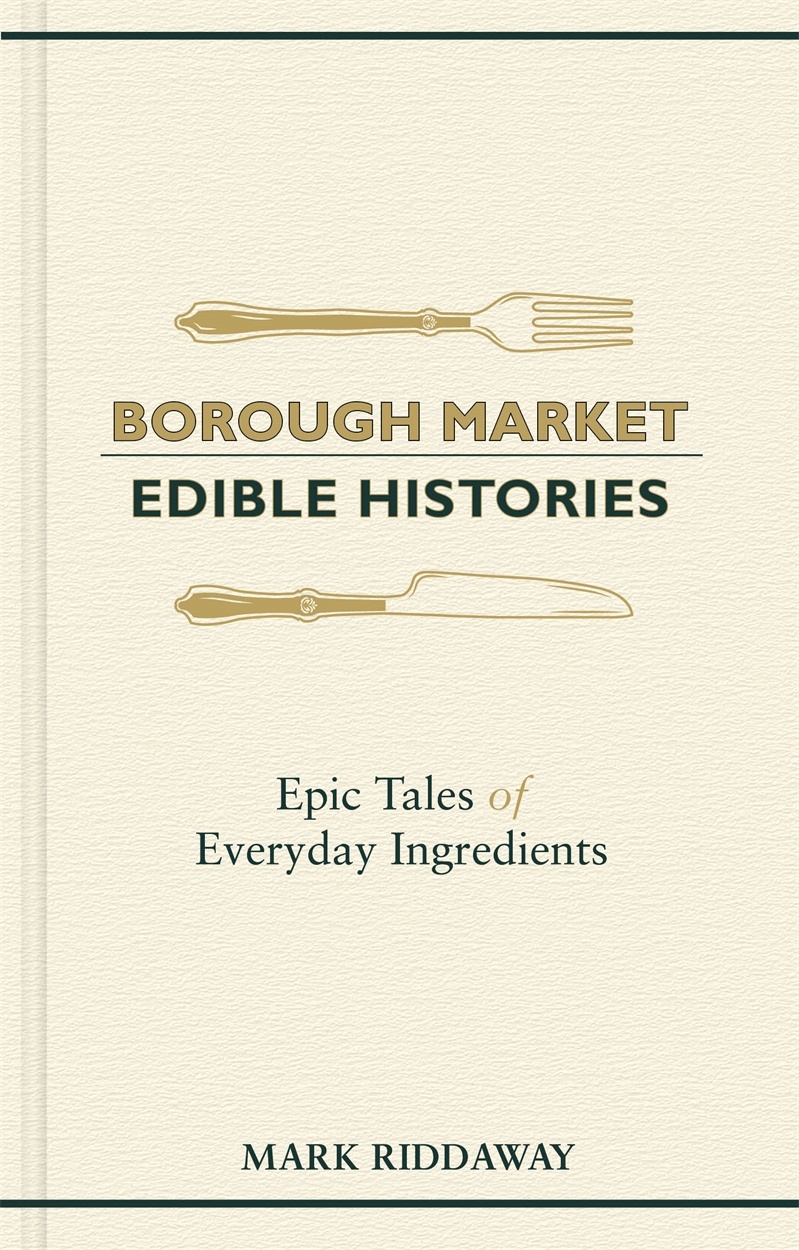 “This book takes the proposition that questioning where your food comes from is an important thing to do, and then really runs with it, back through the centuries. It starts with the belief that a modicum of enlightenment can be found in learning not just how a particular ingredient found its way to a market stall or supermarket shelf, but how its fore- bears passed through space and time to exist in this form, in this place, in this moment: not just where our food comes from, but where our food really comes from.” Mark Riddaway

As a nation of food-lovers we have been munching on fruit and veg, drinking tea and coffee, and using oils and spices for generations, but we rarely stop to think how our most beloved foods and ingredients, came to be the way they are now? This new book explores how certain ingredients have evolved over thousands of years and travelled incredible journeys across the world, to end up as the most steadfast items available at our markets and on our plates every day.

In Borough Market: Edible Histories, award-winning food writer Mark Riddaway takes us on a culinary journey through the most fascinating, surprising and downright bizarre stories behind Britain’s most-liked ingredients. Many of the foods we now hold in esteem and consider firm favourites found themselves on our plates by the most convoluted of routes, and our growing taste for them had an impact on the world far beyond these shores.

Borough Market Edible Histories shares enlightening and witty biographies of 15 ingredients all found at our markets, stores and delis, the book unearths unbelievable stories, intriguing anecdotes and even murky moments that have shaped their history. Mark Riddaway tells the surprising chronicles of seemingly simple ingredients like coffee and tea; humble produce like apples and alliums, and exotic ingredients like cinnamon and bananas. Knowing a little more about the foods we eat, where they came from and how they got here will provide a better idea of where our food is headed.

Borough Market is a source of quality British and international produce, but it is more than just a place to buy or sell food. It’s a place where people come to connect, to share food and awaken their senses. Borough has long been synonymous with food markets and as far back as 1014, and probably much earlier,London Bridge attracted traders selling grain, fish, vegetables andlivestock. In the 13th century traders were relocated to what is now Borough High Street and a market has existed there ever since.

Borough Market’s mission is to continue to provide a worldclass food market at Borough for the community of London and beyond. Borough Market is the only fully independent market in London. It is owned by a charitable trust and run by a board of volunteer trustees.The trust is committed to supporting the local community around Borough Market with regular events, free cookery demonstrations as well as supporting local projects and community schemes.

Mark Riddaway is an award-winning writer, editor and publisher. Through his independent publishing company, LSC Publishing, he has launched, edited and written for a host of highly-regarded magazines and websites, covering subjects as diverse as food, culture, weather, parenting and the Marylebone district of London. His involvement with Borough Market began more than a decade ago, and since 2012 he has been the editor and publisher of Market Life, the Market’s bi-monthly food magazine, which among numerous accolades was named Best Magazine

or Supplement by the Guild of Food Writers in both 2018 and 2019. In 2020, Mark’s regular columns in Market Life earned him a place on the Guild’s shortlist for its food writing award.