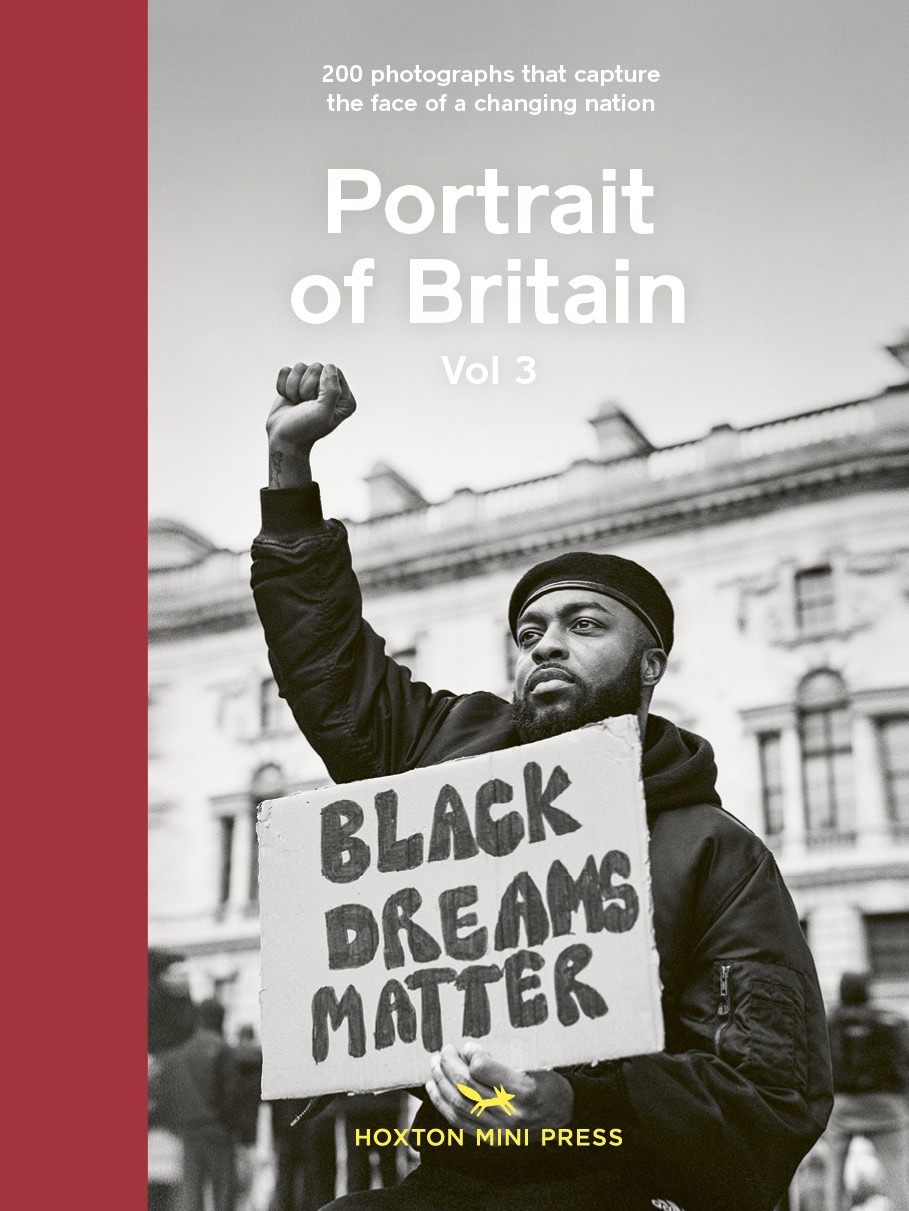 After the success of the first two editions, the British Journal of Photography (1854 Media) and Hoxton Mini Press will once again produce the accompanying publication to Portrait of Britain, an annual award which sees the best portraits taken in the UK tour the country.

The Black Lives Matter movement and Covid-19 have brought a tidal wave of change to Britain. In turbulent times, these portraits and accompanying stories, full of hope and humanity, capture the individuals that makeup the country’s collective resilience.

With many photographs taken during pandemic period, these portraits have particularly resonant themes including frontline workers, BLM protests, socially distanced celebrations, homeschooling, lockdown haircuts and moments of everyday ‘stay home’ life. The winning photographs are displayed on JCDecaux digital screens nationwide in September – in train stations, airports, shopping centres and on high streets – where they are seen by over 10 million people.

The book features an introduction by David Olusoga and the full shortlist of 200 photographs alongside quotes. Cover image © Brunel Johnson. This is third volume to accompany the awards. Further information on the previous book here.

1854 Media is an award-winning digital media organisation with a global audience of photographers, art lovers and industry experts. At its core is British Journal of Photography the world’s longest running photography title, which has been showcasing pioneers of the art form since 1854.

Hoxton Mini Press is a small but award-winning independent publisher making beautiful, collectable photography books about London and beyond.